Last night two of Hollywood’s aging darlings were set to announce best picture.  I am sure you know, it didn’t go well.  Besides Steve Harvey being replaced as the most visible announcement gaff, there is a silver lining for those of us who live in the digital and design world. A real world example of how a lack of design thinking can affect operations. 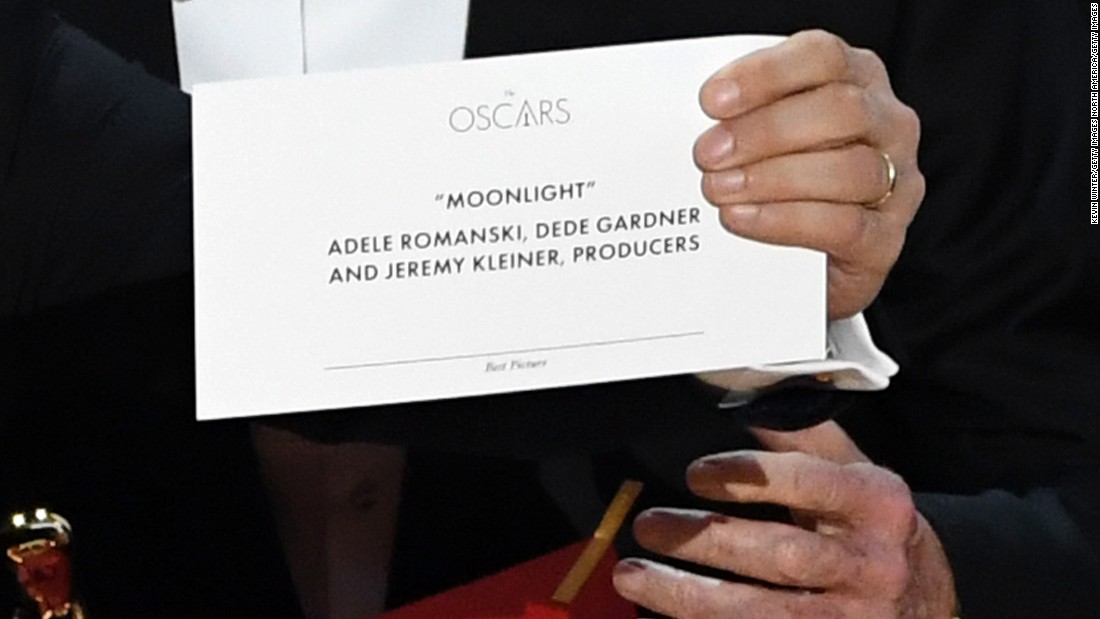 As you can see in the picture above, the information design on the card isn’t exactly straight forward. If they simply followed a typical newspaper structure, Warren mightn’t have been confused and could have articulated the mix up in real time, rather than what ensued.